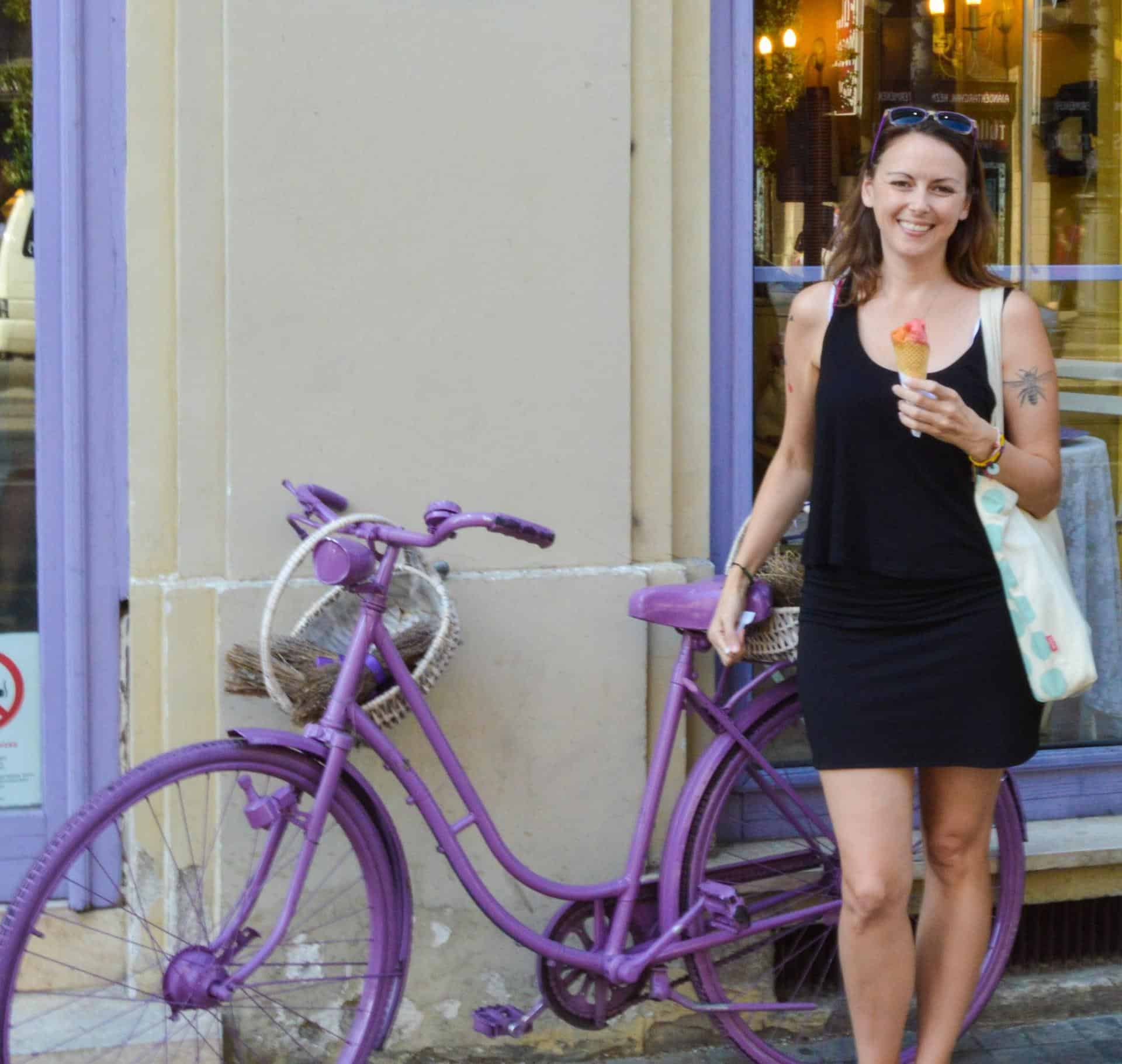 This week’s vegan traveler interview is with Randi, who you probably know from from Veggie Visa (and all of her posts about Prague that leave you salivating – or is that just me?!)!  Randi has two websites – one is devoted to vegan travel (Veggie Visa, of course) and the second website focuses on responsible and affordable travel – Just a Pack.  Randi chatted with us about her experiences traveling as a vegan so far over the last year and a bit.

Read on for our chat with Randi! 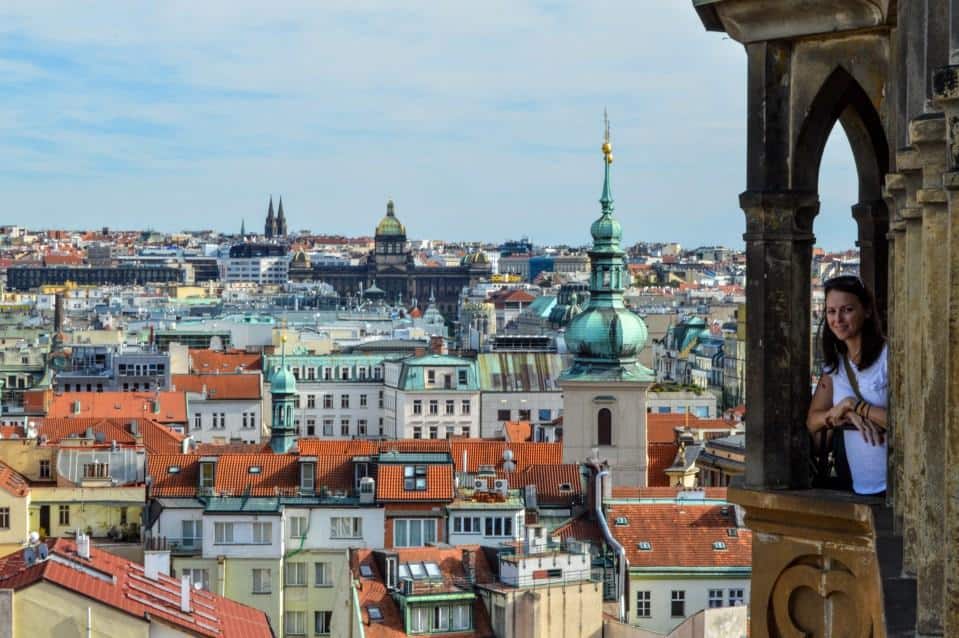 A little over a year! I celebrated my one year veganniversary in November 2015. I had been transitioning toward veganism for a while but when I was in Thailand in 2014 I encountered animal cruelty and slaughter face-to-face. Seeing these things up close and personal motivated me to go vegan. After leaving Thailand I traveled to Cambodia and Vietnam, Colombia, Spain, Sweden, Romania, Hungary, Germany, back to Thailand, and the Czech Republic.

It’s really hard to choose a favorite place that I’ve been as a vegan. One of my favorite experiences was when I was in Bangkok last year during the Vegetarian Festival, which is actually a vegan festival. The celebration lasts nine days. Street stalls all over the city turned vegan and even the 7/11 stores sold lots of (surprisingly good) vegan fast food. The festival itself was like a huge, lively market filled with hundreds of stalls all preparing and serving nothing but vegan food.  Participants dress in all white, which symbolizes cleansing, and candles and incense are burned. It’s a beautiful sight. Traveling as a vegan, while totally possible, can get a little frustrating sometimes. So, it’s nice to be surrounded by incredible Thai food that all happens to be all vegan. 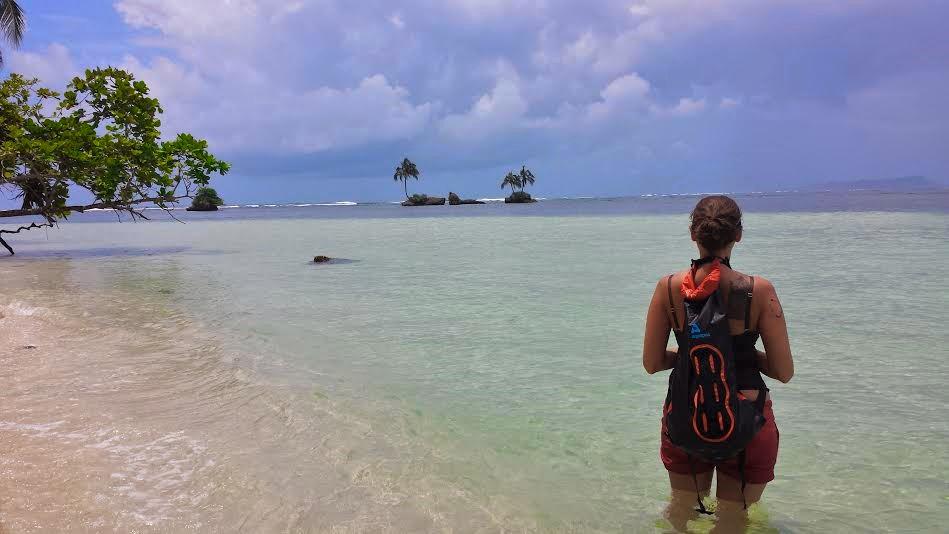 These questions are impossible to answer! Haha. Since choosing a favorite vegan meal would be like choosing a favorite child, I’ll go with a dish that blew me away recently instead. I was in Berlin recently, which is probably the vegan capital of the world. I went to a place called Chaostheorie that claims to be Berlin’s first 100% vegan cafe and cocktail bar. The menu is small but they have something I haven’t had or even seen since going vegan…croissants and they serve them with various fillings. I had one with vegan hot dogs and cheese served with corn tortilla chips. It as an ooey gooey mess of a dish that was absolutely perfect in every way. It was love at first bite.

A lot of small towns in Spain are pretty difficult to eat out as a vegan, so having a hostel kitchen becomes really important. I end up cooking a lot for myself. The upside to that is that groceries in Spain are really cheap and there are a lot of delicious produce options. The meal options are endless.

Where are you planning on going next and what vegan places will you be checking out? I’m living in Prague until May. It is another vegan paradise so I’m exploring all the vegan restaurants and cafes.  Here are some of the places I’ve found so far: http://www.veggievisa.com/vegan-travel-prague-czech-republic/ and http://www.veggievisa.com/guide-to-vegan-dessert-in-prague/. I’m not exactly sure where I’m heading after Prague.

Thanks for joining us this week, Randi!

—
If you’re new to vegan travel, or just want to pick up some extra tips, check out my book, The Essential Vegan Travel Guide, your guide to traveling vegan anywhere in the world, from Tacoma to Timbuktu.  The 2016 edition is out now and it’s available as a paperback for just $14.95 (£9.95) on:
Createspace
Amazon
Barnes & Noble
It’s also available in Kindle format, or as a PDF here!  It’s full of advice on how to find restaurants, choose where to stay, meet other vegans and pack your vegan bags (with vegan snacks and toiletries).