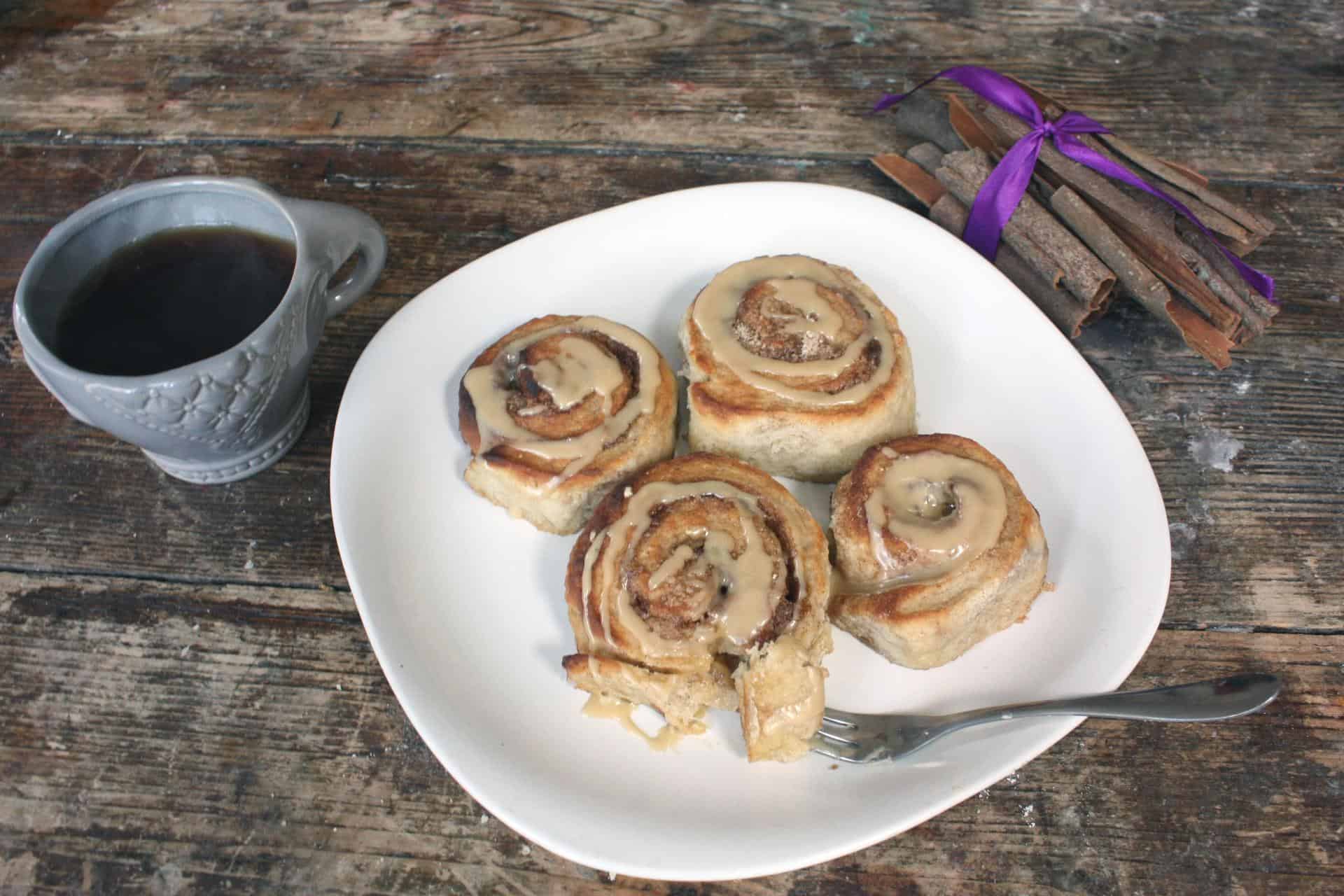 Several years ago, a group of friends and I decided to have regular brunches. Somehow these turned into weekly drinks punctuated by the  odd brunch, and brunches became later and later affairs, often beginning in the afternoon and stretching until late at night. In fact, they could hardly be called “brunch” anymore, late as they were and since they usually involved lots of crisps and other distinctly un-brunch-like food. 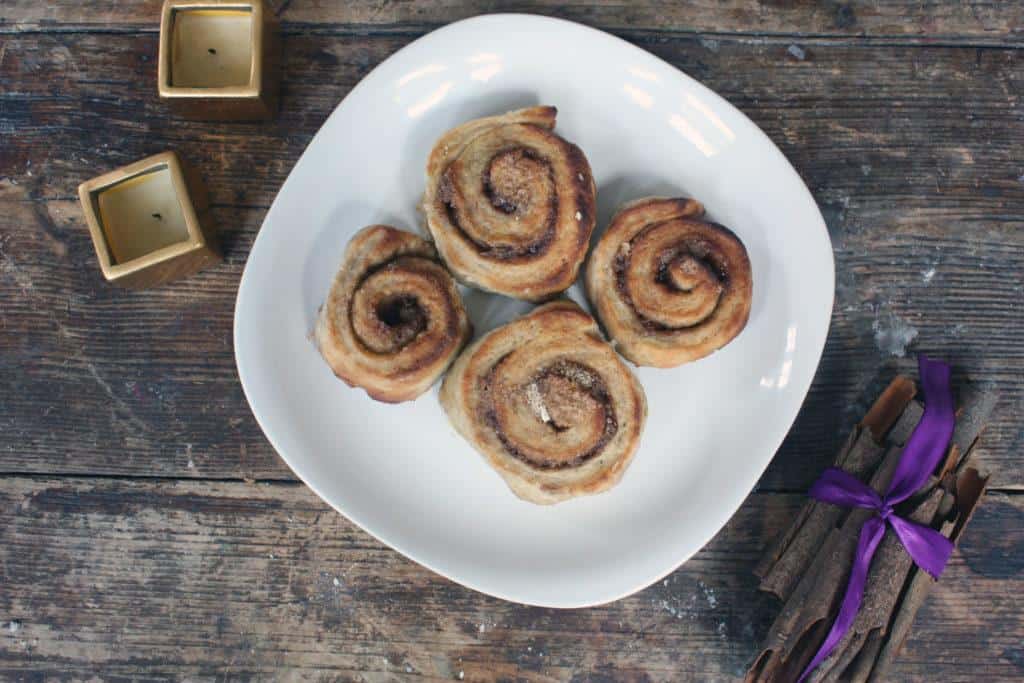 These are based on the brilliant vegan cinnamon rolls in Vegan Brunch, which is worth buying for the omelette recipe alone.

I infused the milk with cardamom to give a bit of balance to the cinnamon and a bit of Scandinavian flavour (like cardamom buns), but you can leave that out, or even infuse the milk with cinnamon sticks to give it even more of a cinnamon flavour. 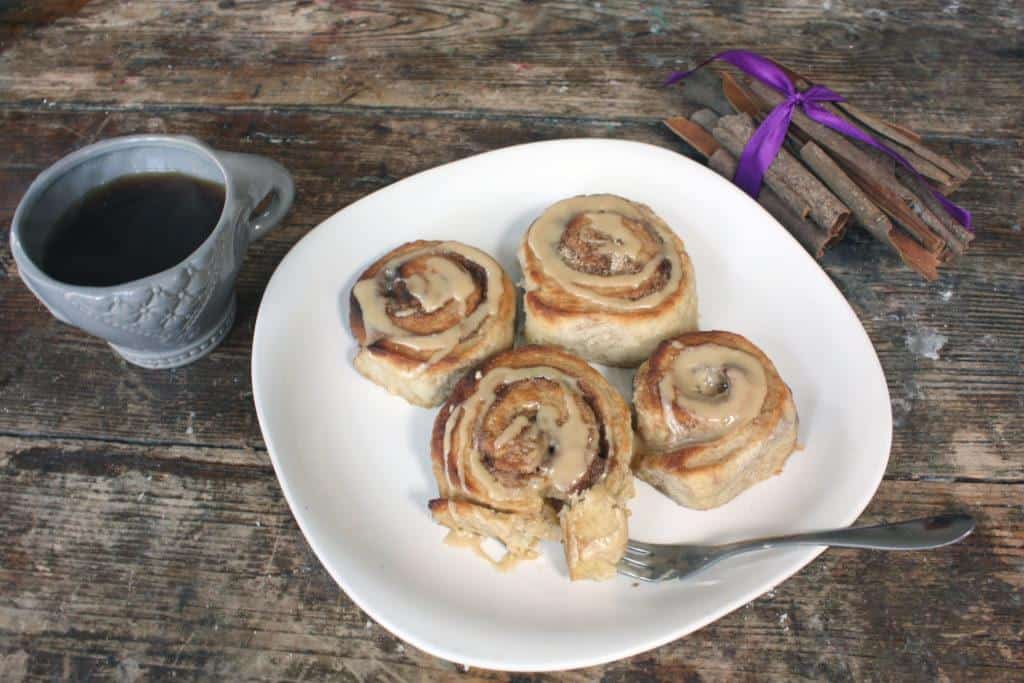