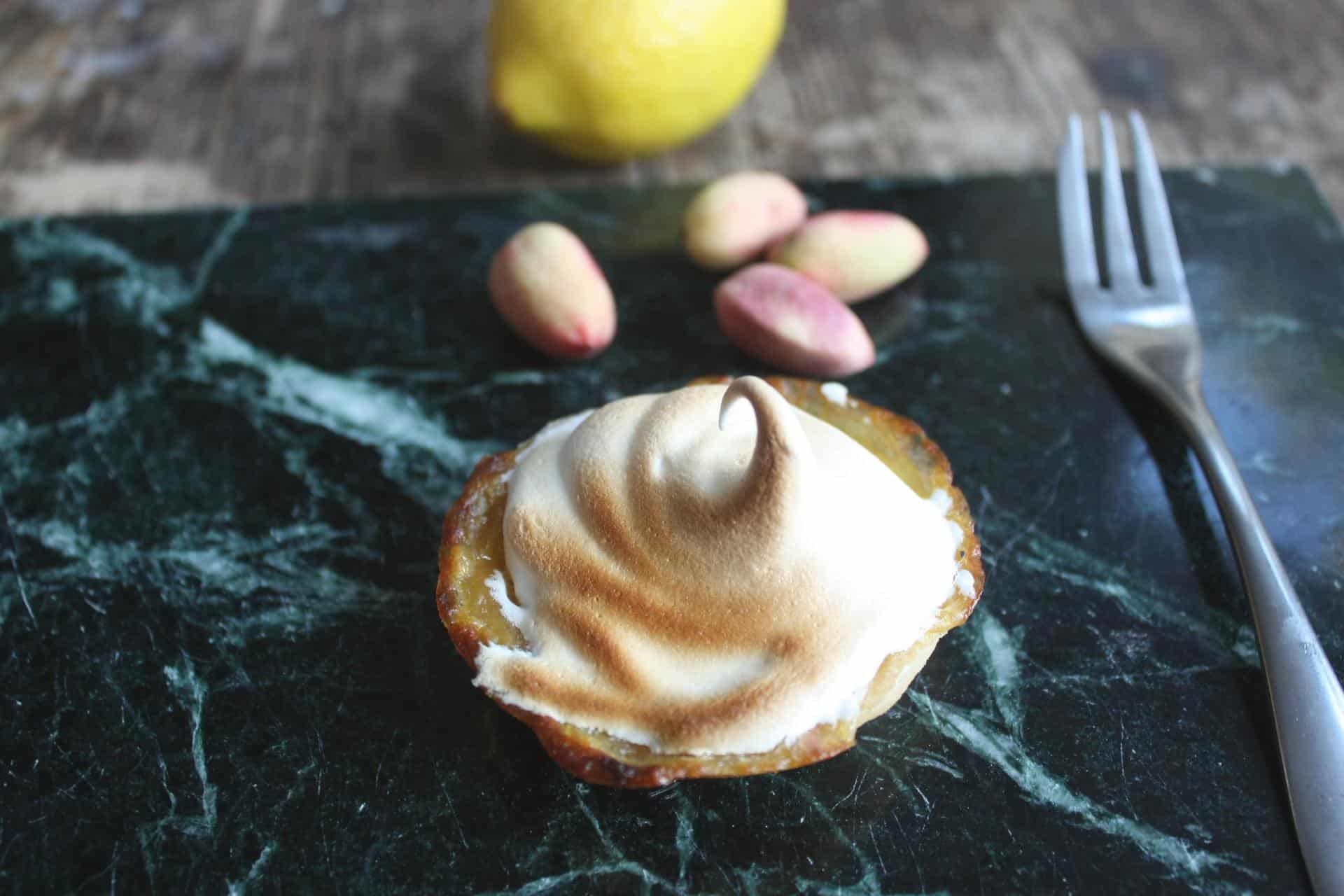 I’ve never watched Great British Bakeoff before but this year someone alerted me to the apparent presence of a vegan in the competition. Excitedly, I started watching…only to find that he kept using eggs in his bakes. Huh?

As it turns out, Rav, the contestant in question, did a vegan challenge a few years ago and was vegan for a short time, but no longer is. He does still say he’s inspired by vegan baking, but his baking on the show certainly wasn’t vegan.

A friend challenged me to veganise the bakes from Bakeoff and so these mini lemon meringue pies came about.

I’ve wanted to experiment with aquafaba for awhile now but the whole ‘aquafaba revolution’ occurred when I was in Barcelona and I never bought tins of chickpeas there. Instead I bought all my beans cooked fresh daily from the bean stall. I briefly contemplated requesting vast industrial quantities of chickpea brine from the bean stall, but dreaded the weird looks they’d give me. Eventually I gave in and bought a tin of chickpeas to make aquafaba, but didn’t have the right equipment (I was trying to whip it up with a fork!) Now that I’m in London I figured I’d finally have the chance to try aquafaba, so I headed to Argos and got a £4.95 hand beater and here we are. My first meringue!

Making the aquafaba meringue was quite magical — I can’t believe just how much you can whip up some chickpea liquid.

In the spirit of Bakeoff (adding odd shit to your food), I decided to add an unusual ingredient — fresh pistachios. I acquired these at a local Middle Eastern shop, whose proprietor gave me a lesson in pistachio shelling while describing how pistachios are dried and prepared to be sold.

Fresh pistachios are quite pretty. They look like tiny pink fruits, but inside there’s a pistachio shell (which looks familiar) and pinkish, greenish hued nut. 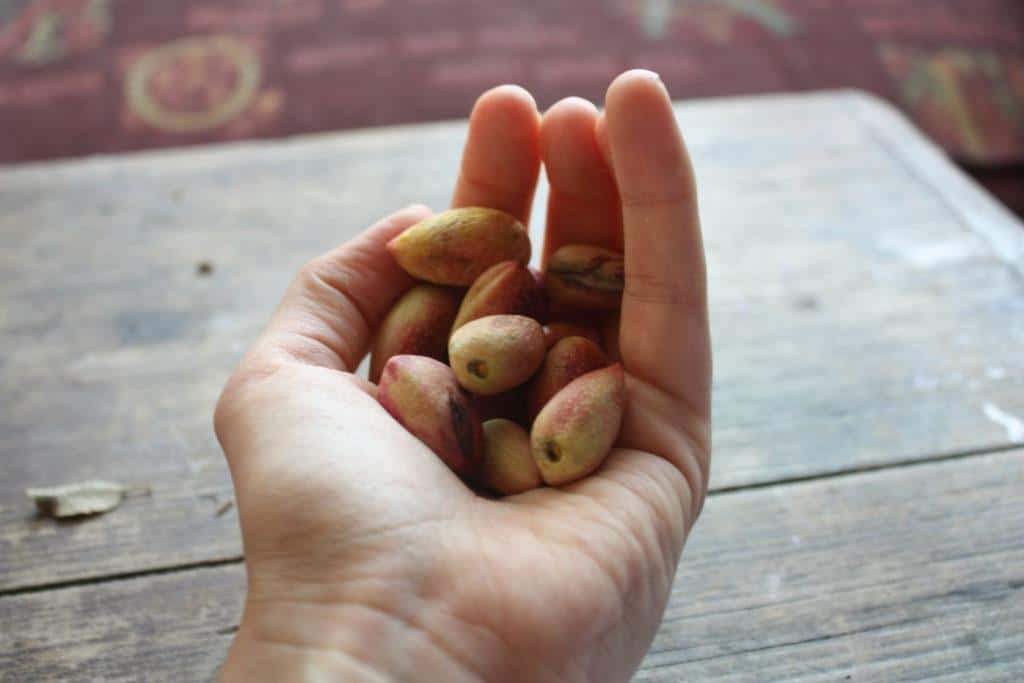 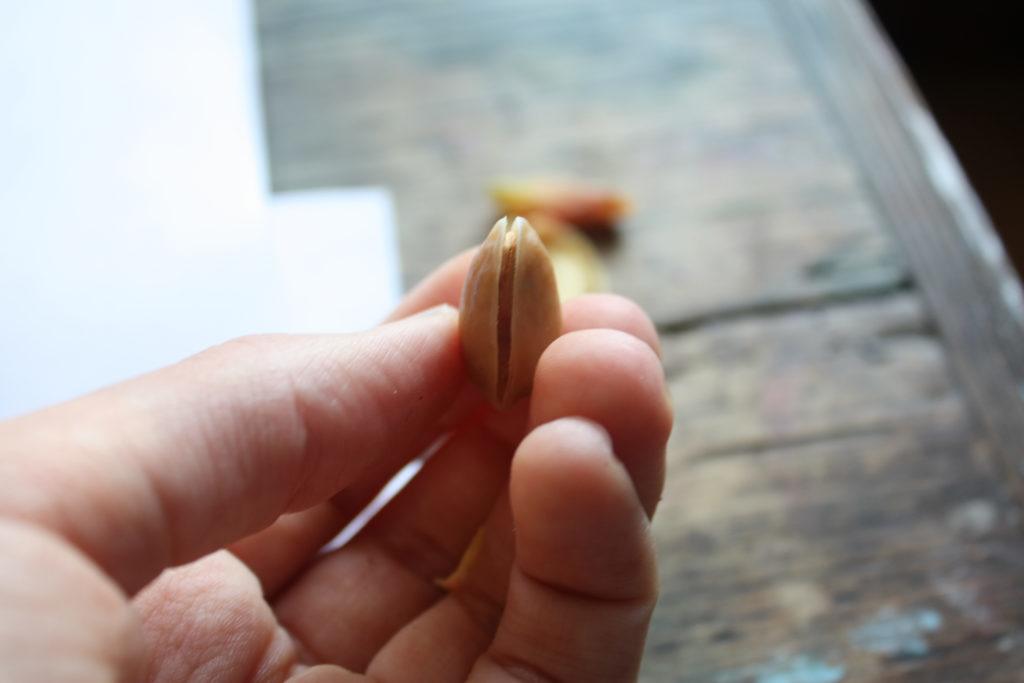 The pistachio flavour didn’t come through very strongly in the finished pies unfortunately, so you can leave the pistachios out or add some extract if you really want pistachio.

For someone who’s never whipped eggs before, whipping vegan meringue was a very confusing process. I decided to make my recipe by veganizing a BBC recipe for shortcrust and another for the lemon curd filling, and made the meringue by following some combination of vegan and non-vegan recipes. However, I didn’t understand their instructions. “Whip” the aquafaba until it forms soft peaks, then add sugar and whip until “stiff” peaks form (teehee)?! What’s a stiff peak (apart from a hilarious phrase that made me giggle incessantly)?! Well, I found a useful video that explained (without laughing, somehow) you should be able to dip the beater into the meringue mixture and the mix should stand straight up for a stiff peak (for the earlier, soft peak stage, the mix might fall slightly to the side). Here, for your viewing pleasure, stiff peaks: 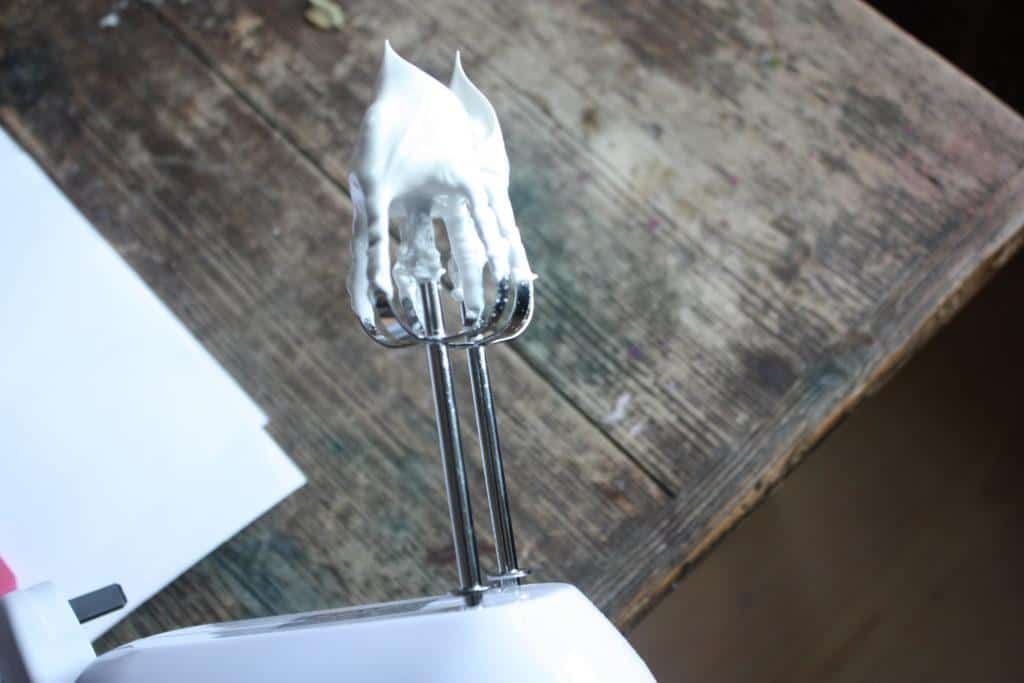 You can find the video here.

The whole process for making these cakes is a little complicated but I’ve heard you can prepare the lemon curd filling the day before. Don’t try and make the meringue in advance…I had some left over, which I put in the fridge, and it deflated over night.

And remember: try not to laugh *too* much when reading about meringues and how to make them… It’s pretty impossible to give these instructions without sounding somewhat dirty. Which is probably why they chose meringues for GBBO, replete with innuendoes as it is. Yields 6
For the shortcrust pastry
For the lemon-pistachio curd filling
For the meringue
Add ingredients to shopping list
If you don’t have Buy Me a Pie! app installed you’ll see the list with ingredients right after downloading it
For the shortcrust pastry
For the filling
For the meringue
Notes
Print
By The Vegan Word
The Vegan Word https://theveganword.com/ 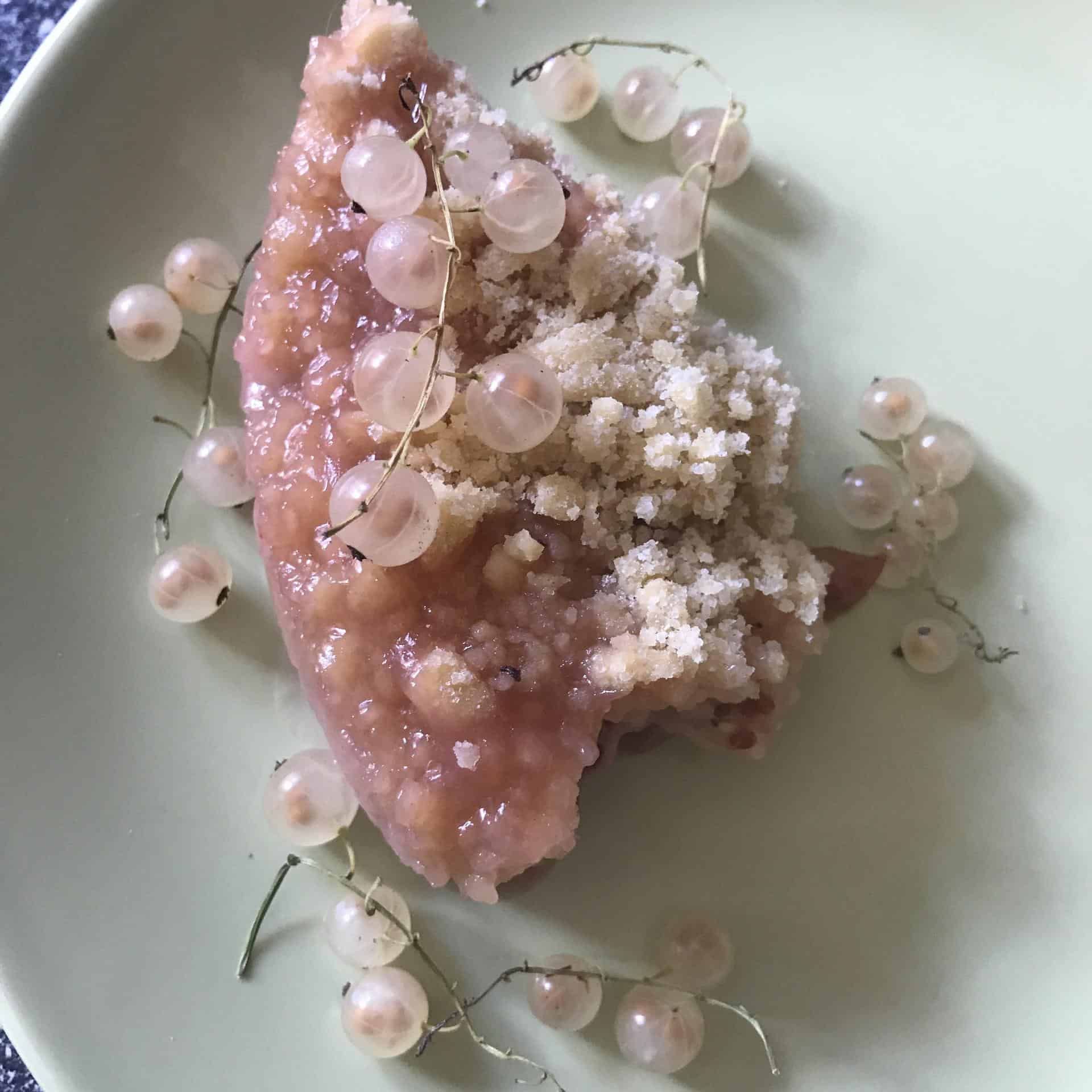 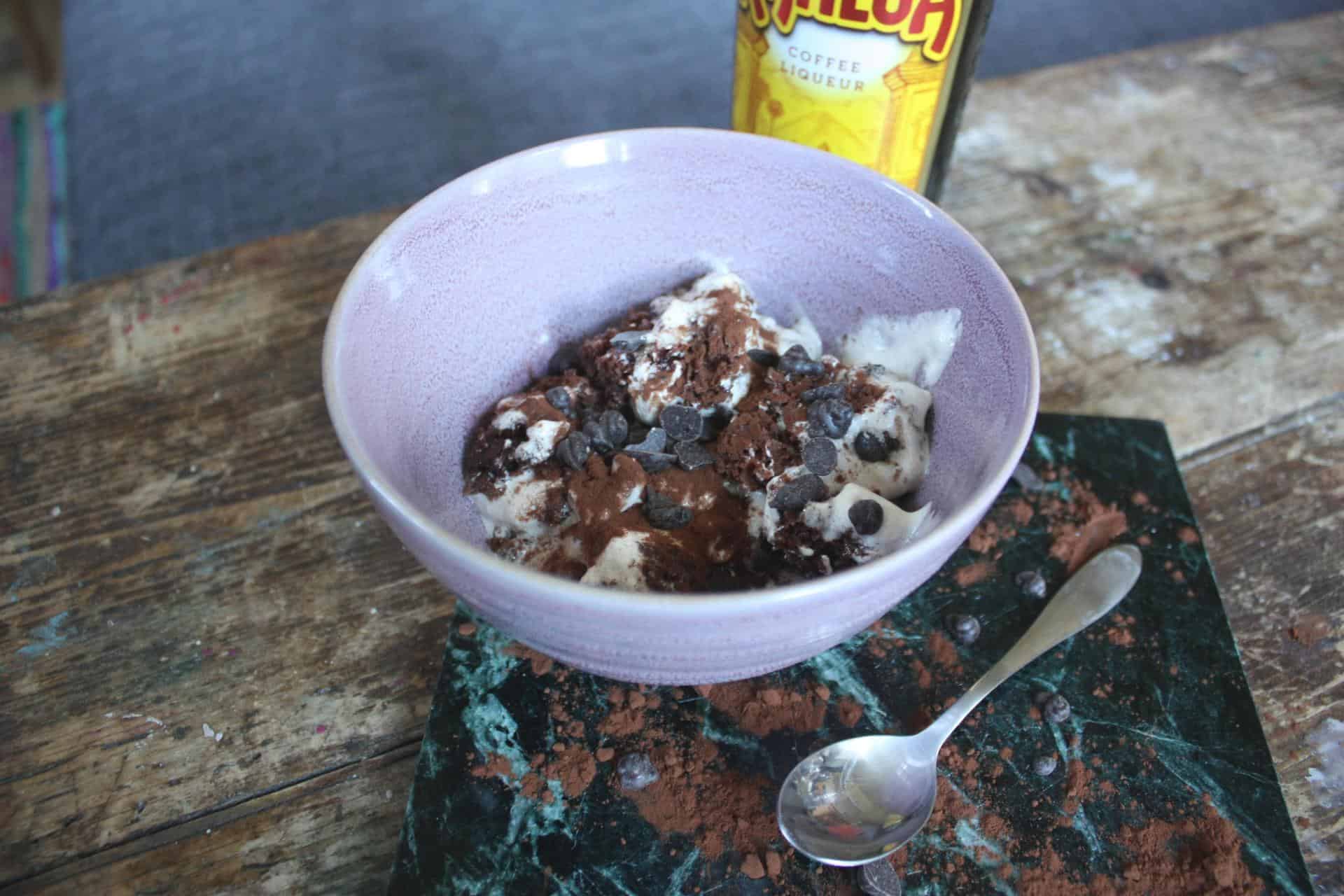 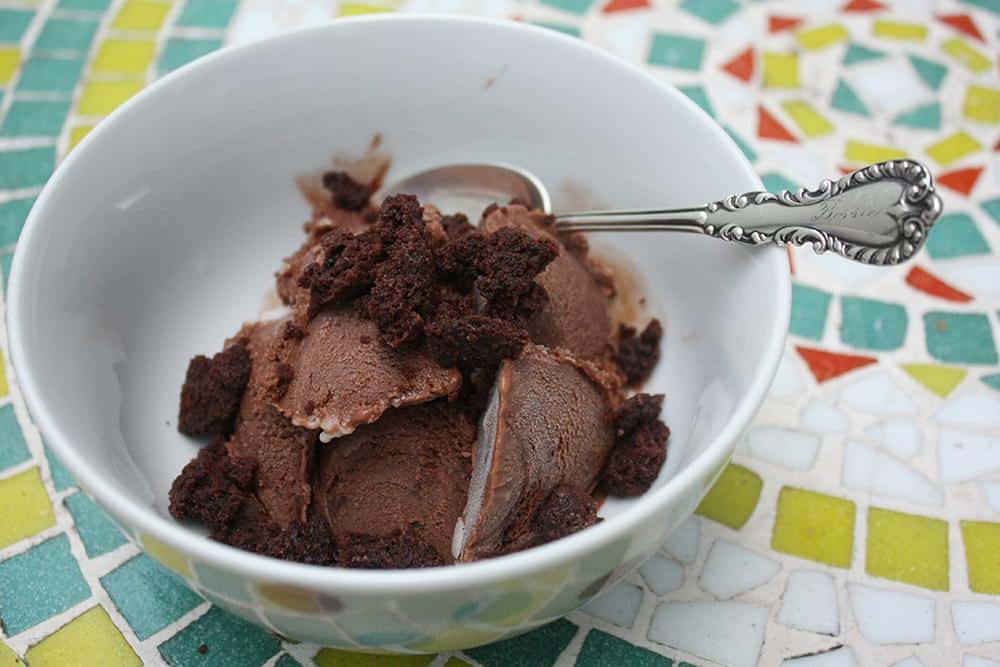 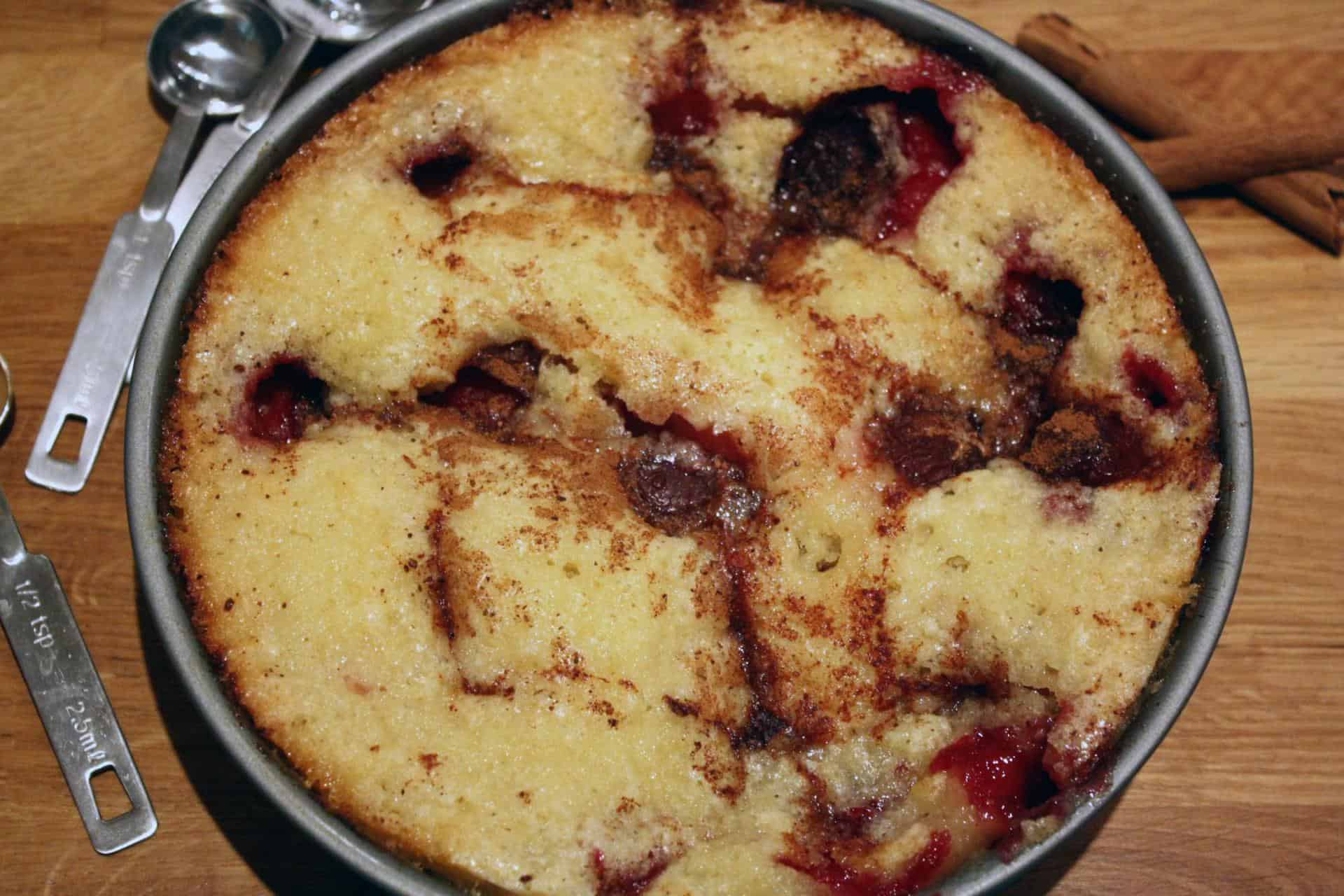 The Most Famous Plum Torte Ever, Veganized