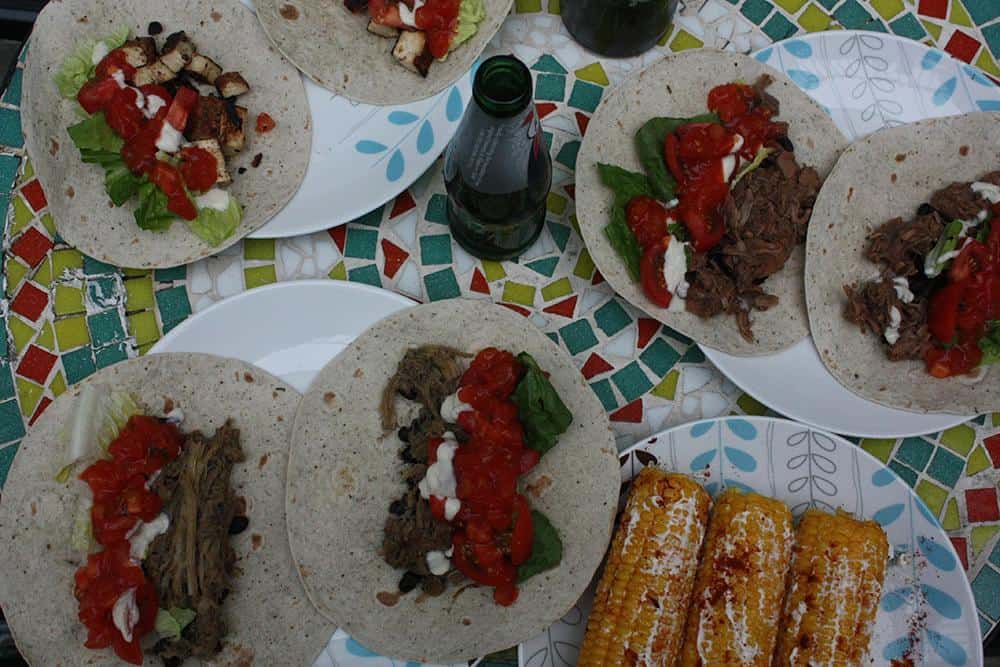 Lately Halloween recipes are popping up all over the internet.  I don’t know about you, but while I dig Halloween, I also sometimes want something a little bit different.  In other words?  I’ve been thinking about how to avoid total. pumpkin. overload.

Day of the Dead

Dia de los Muertos, or Day of the Dead, seemed to me to be the perfect excuse to make tacos (not that you need one!), and neatly avoid over-saturating myself with pumpkin recipes, all in one go.  It’s celebrated on the 1st and 2nd of November, and may be a major holiday in Mexico, but it’s not as well known outside the country, in spite of being thousands of years old. Day of the Dead was celebrated even in pre-Columbian times, and is a day to honour dead loved ones.  It’s typical to build an altar to dead loved ones and even include some of their favourite foods, because it’s believed that their spirits roam the earth on this day.  I would love to go to Mexico one day during Day of the Dead.  Or really any time of the year!

If you can’t make it to Mexico…

Have you been to Mexico?  Love Mexican food, or at least want something to balance out the sugar overload of Halloween?  I present you with: TACO WEEK!!  Now, tamales might be more traditional Day of the Dead fare, but they are complicated and not everyone has access to masa and corn husks.  This week in the run up to Day of the Dead, I present you with a series of tacos!

They did satiate my wanderlust.  A bit.  Or at least my desire for Mexican food (which is hard to come by in London!).

Did you know that vegetarian tacos in Mexico are not ones of the crispy shelled variety stuffed with black beans? (surprise surprise!)  In my day of taco research (yes, I whiled away an entire lazy afternoon reading about tacos!) I discovered that while there are a huge variety of typical vegetarian taco fillings, I didn’t really see beans don’t featured among them.  Some vegetarian taco fillings including:
-nopales, or cactus (I have yet to find these, but I am very curious about trying them!)
-rajas, roasted pepper strips
-potato
-courgette flower/zucchini blossom
-huitlacoche (a specialty of corn smut, yes, corn smut – a fungus that grows on corn!)

Tacos Coming to You This Week…

Out of this list, without cactus or corn fungus to hand, I decided to begin my taco adventure by making: 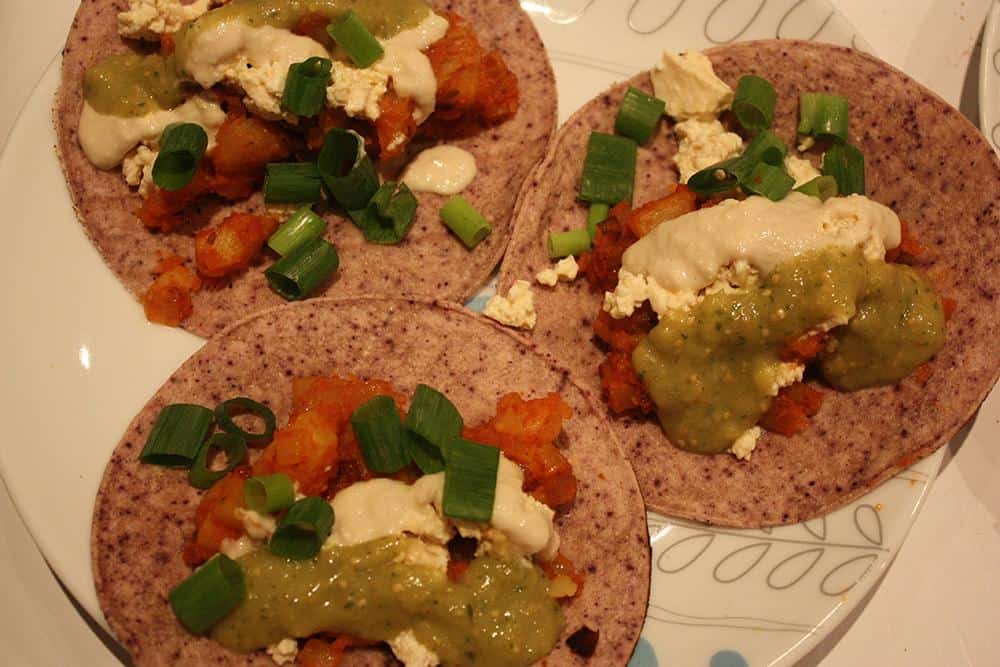 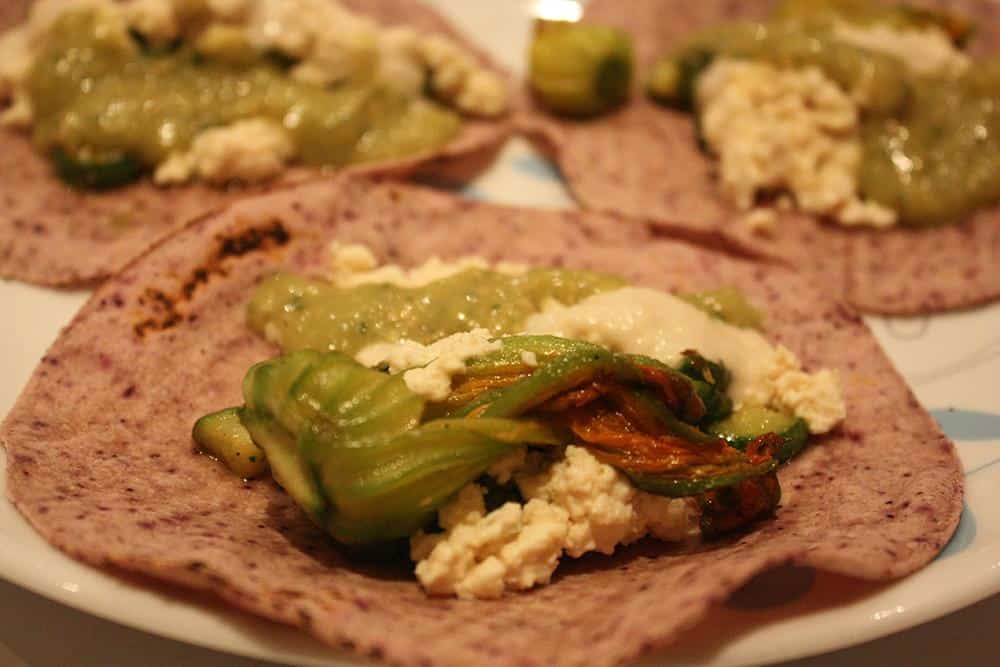 Plus! I made a carnitas (pulled pork) style taco out of both jackfruit and hearts of palm, and then did a side by side taste test! 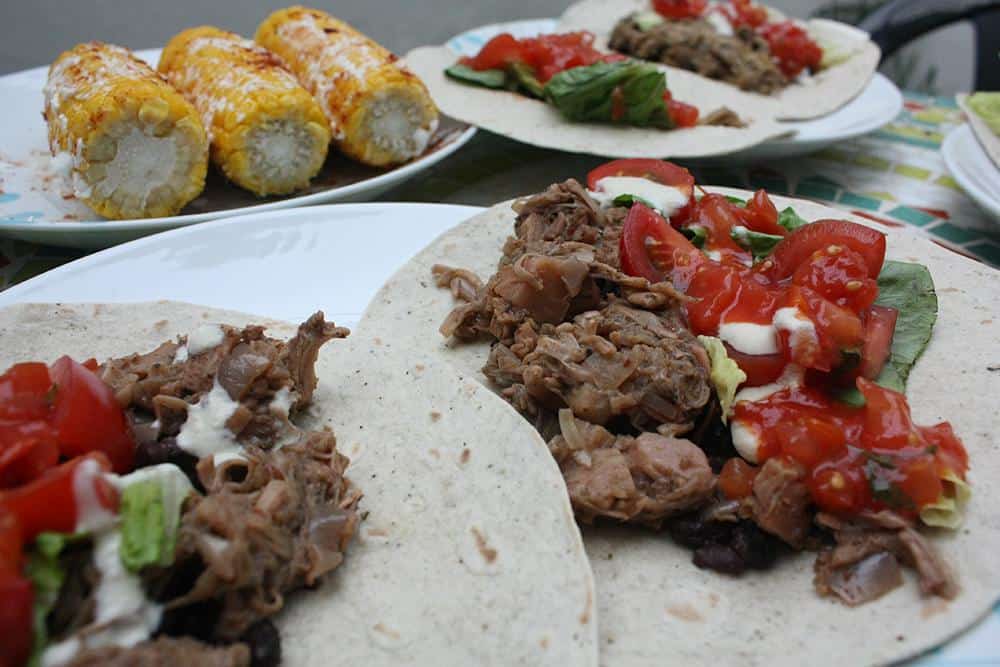 Want to know which turned out better, jackfruit or hearts of palm (what would you guess?)  Look for the recipes coming up this week, starting tomorrow!

3 thoughts on “Iiiiit’s…Taco Week (aka a Day of the Dead Feast!)”